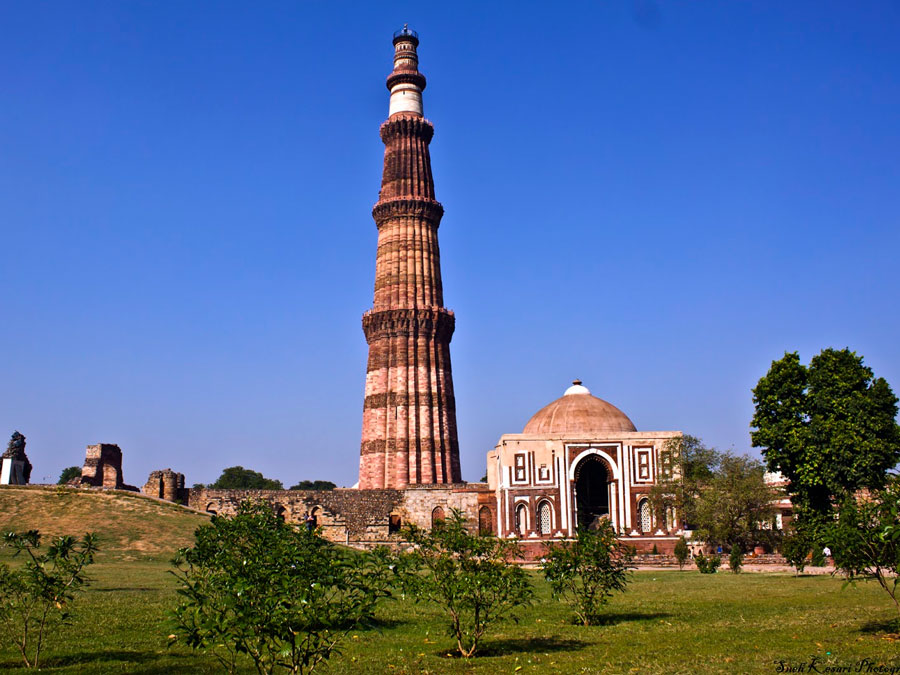 It is among the fastest growing cities in the world and has a total population of three hundred thousand inhabitants. New Delhi is among the top global cities in the world. The National Geographic’s Traveler Magazine describes it as one of the ultimate cities of a lifetime to visit and explore. New Delhi is the most expensive city for migrants in terms of cost of living in India.

‘Old’ Delhi is the capital of Muslim India between the mid-17th and late 19th centuries, is full of formidable mosques, monuments, and forts. The ancient Delhi of the Mughal emperors was surrounded by a wall and was a congested city of narrow streets. Although better known as Old Delhi, the region is also known as Delhi. Old Delhi, Shah Jahan’s seventeenth-century capital ( Shahjahanabad ), lies 2km or so further north. The Delhi Jn Rly stn is in Old Delhi, the inter-state bus terminus is slightly to the north, at the Kashmiri Gate. Buses will take you to all over north and west India from the Kashmiri Gate. Near the Delhi Gate lies the Yamuna on the left and Aruna Asaf Ali Rd on the right, ending at Ramlila Pavilion, the juncture of Old and New Delhi.

Second Delhi- the imperial city built by the British as the capital of India. Apart from its historical interest and role as a government center, Delhi is a major travel gateway. In 1911, the British asked Lutyens to give new meaning to the development of the city, which is reflected in the architectural design and sophistication that various buildings like Rashtrapati Bhavan, India Gate, Connaught Place, Parliament House and South and North Blocks in Delhi The buildings are visible. With breathtaking view available from Rajpath. The capital of the Indian republic is in New Delhi, the planned city devised by the British. The smooth roads, modern houses and buildings, and offices and departments attract tourists. As you come out of the New Delhi rly stn, in front you will se Paharganj and on the south- Chelmsford Road which intersects at Connaught Place. New Delhi- the imperial city built by the British Raj, is made up of huge, tree-lined walkways and government buildings, and is absent from other parts of the city.

Rashtrapati Bhawan built with a mix of western and Indian styles. It was originally built for the Governor-General of India. It was inaugurated in 1931 and was given the name- viceregal Lodge. Later in 1959, the name was changed after India became a republic. Now, it is the presidential place of India.

India Gate is a memorial raised in honor of Indian soldiers who were martyred during the Afghan Wars and World War. The names of the soldiers who died in these wars are inscribed on the walls. The cenotaph in the middle is constructed with black marble and has a rifle depicted on its barrel, carved with a soldier’s helmet, each face of the cenotaph inscribed with the word immortal jawan in gold. The Green Lawn at India Gate is a popular evening and holiday for young and old people. Every year Republic Day celebrations are celebrated in Delhi. Army men and other citizens of India who walk or are honored with Rajpath.

Akshardham Temple is the largest Hindu Temple in the world which was built in 2005. In the sprawling 100-acre(0.40 km) land rests an intricately carved monument, an IMAX theatre, a food court, a musical fountain, high-technology exhibitions, and gardens.

Humayun’s Tomb was built for Humayun’s widow, Hamida Banu Begum. Designed by a Persian architect named Mirk Mirza Gias, the structure began in 1562 and was completed in 1565. This mausoleum set a standard for all later Mughal monuments, which followed its design, notably the Taj Mahal.

The Qutub Minar is located in a small village Mehrauli in south Delhi. It was built by Qutab-ud-din Aibak of the slave dynasty, who took possession of Delhi in 1206. It is a flat red sandstone tower, which rises to a height of 72.5 meters and is covered with intricate carvings and verses from the Quran. Qutub-ud-din Aybak began constructing this victory tower as a sign of the Muslim domination of Delhi and as a minaret for the muezzin to call the faithful to prayer. However, only the first story was completed by Qutb-ud-din. Other stories were produced by his successor Iltutmish. The two circular stories in white marble were built by Firoz Shah Tughlaq in 1368, replacing the original fourth story.

The balconies in the tower are supported by exquisite stalactite design. The tapering tower has pointed and circular flutings on the first storey and star-shaped ones on the second and third stories.

The decision for constructing the Red fort was made in 1639, when Shah Jahan decided to shift his capital from Agra to Delhi. Within eight years,Shahjahanabad was completed with the Red Fort-Qila-i-Mubarak (fortunate citadel) — Delhi’s seventh fort — ready in all its magnificence to receive the Emperor. Though much has changed with the large-scale demolitions during the British occupation of the fort, it’s important structures have survived.On every republic day the flag of India is hosted by the president.

Chandni Chowk, the main marketplace in Delhi, keeps alive the city’s living legacy of Shahjahanabad. Created by Shah Jahan the builder of the Taj Mahal, the old city, with the Red Fort as its focal point and Jama Masjid as the praying centre, has a fascinating market called Chandni Chowk. Legend has it that Shah Jahan planned Chandni Chowk so that his daughter could shop for all that she wanted. The market was divided by canals. The canals are now closed, but Chandni Chowk remains Asia’s largest wholesale market. The craft preserved by the Mughals once flourished there. Chowk is one of the oldest and busiest markets in central north Delhi, the Laal Quila (The Red Fort) and Fateh Puri Masjid. With the most famous mosque of Delhi Jama Masjid in the vicinity, Sis Ganj Gurudwara, Jain Temple and many smaller temples, the place bears witness to a genuine cultural harmony.

Masjid-e-Jahan Numa, commonly known as Jama Masjid, is the main mosque of Old Delhi. Commissioned by the Mughlai Shah Jahan and completed in the year 1656, it is one of the largest and most famous mosques in India.

On the banks of the Yamuna River, which flows past Delhi, the last resting place of the national song Mahatma Gandhi is the Raj Ghar. It has become an essential point for all visiting dignitaries. Two museums dedicated to Gandhi are situated nearby.

Lying close to the Raj Ghat, Shanti Vana (literally, the forest of peace) is the place where India’s first Prime Minister Jawaharlal Nehru was cremated. This area is now a beautiful park, which is in the house of dignitaries and heads of state.

The Bahai Temple, located in South Delhi, is lotus shaped. This is an eye-catching edit. Built by the Baha’i community, it offers the visitor a serenity that pervades the temple and its artistic design.

The Purana Quila (Old Fort) is a good example of medieval military architecture. Built by the Pandavas, renovated by Humayun, with later modifications by Sher Shah Suri, Purana Qila is a monument of bold design, which is strong, straightforward, and every inch a fortress. It is different from the carefully decorated, well-planned, and palatial forts of the later Mughal rulers. The Purana Fort is also different from the later forts of the Mughals, as it does not have a complex of palaces, administrative and recreational buildings as is generally found in later forts. The main purpose of this now dilapidated fort was its utility with less emphasis on decoration.

The Qal’a-I-Kunha Masjid and the Shear are two important monuments inside the fort. It was made by Aqeel in 1853.

When Ghazi Malik established the Tughlaq dynasty in 1321, he built the strongest fort in Delhi at Tughlakabad, complete with great speed within four years of his rule. It is said that Ghazi Malik, when only Mubarak was Khilji’s slave, suggested this rocky prominence as an ideal site for a fort. The Khilji Sultan laughingly suggested that when he becomes the Sultan, the slave will build a fort there. Within its double-storied bastions, sky-touching walls,and gigantic towers were housed grand palaces, audience halls, and splendid mosques.

How To Reach There

Delhi Railway Station is well connected with all major states & cities of India.