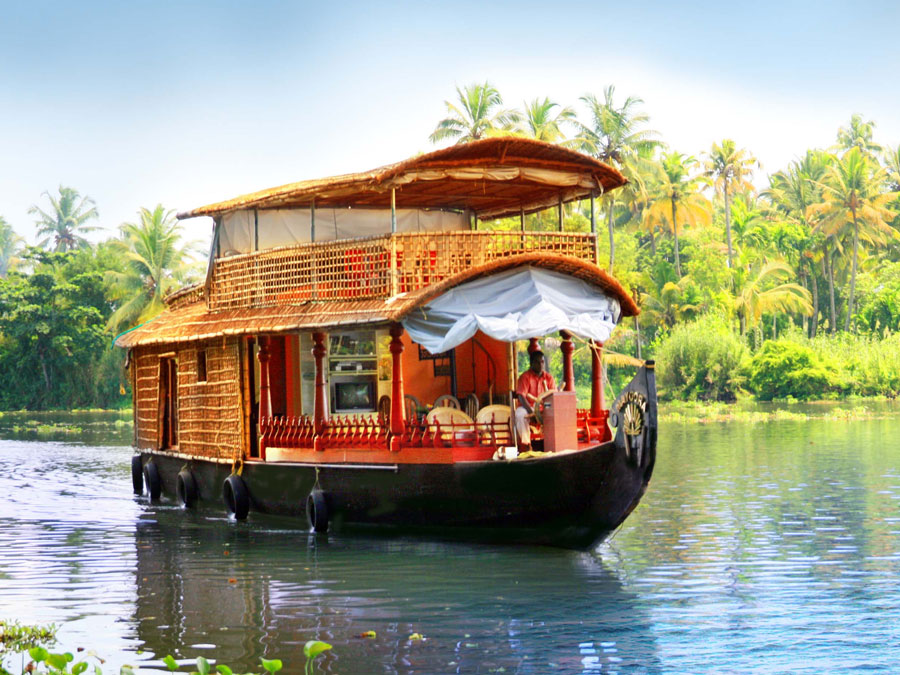 Kerala- an Indian state located on the Malabar coast in southwestern India. It was created by the States Reorganization Act on 1 November 1956, and it added various Malayalam speaking areas.

The state has an area of 38,863 km and is bordered by Tamil Nadu to the south and southeast, Karnataka to the north and northeast, and the Arabian Sea towards the west. The capital of the city is Thiruvananthapuram. Kochi and Kozhikode are other main cities. As per a survey by The Economic Times, five out of ten best cities to live in India are located in Kerala.

Kerala is among the most popular tourist destinations in India. Its unique culture and traditions, combined with its diverse demographics, has made Kerala one of the most popular tourist destinations in the world. National Geographic’s Traveller magazine names Kerala as among the “ten paradises of the world” and “50 must-see destinations of a lifetime”. Travel and Leisure honored Kerala as “One of the 100 great trips for the 21st century”.

Until the early 1980s, Kerala was a relatively unknown destination; most tourist circuits focused on North India. Aggressive marketing campaigns launched by the KTDC, the government agency that oversees tourism prospects of the state, laid the foundation for the growth of the tourism industry. In the decades that followed, Kerala’s tourism industry was able to transform the state into one of India’s top holiday destinations. The tagline Kerala-God’s Own Country has been widely used in Kerala’s tourism promotions and soon became synonymous with the state. In the year 2006, Kerala attracted 8.5 million tourists which is an increase of 23.68% if compared with the previous year, making the state one of the fastest-growing destinations in the world.

The popular attractions in the state include the beaches at Kovalam, Cherai, Varkala, the hill stations of Munnar, Wayanad, Wagamon, Nelliyampathy, Peermade, Ponmudi, national parks, and wildlife sanctuaries at Periyar, Muthanga Wildlife Sanctuary and Eravikulam National Park. The “backwater region, which comprises an extensive network of interlocking rivers, lakes, and canals that center on Alleppey, Kumarakom, and Punnamada (where the annual Nehru Trophy Boat Race is held in August), also see heavy tourist traffic. Heritage sites, such as the Mattancherry Palace and the Padmanabhapuram Palace, are also visited. Cities such as Thiruvananthapuram and Kochi are popular centers for traditional theatrical performances and for their shopping respectively. During early summer, the Thrissur Pooram is conducted, attracting foreign tourists who are largely drawn by the festival’s elephants and celebrants. Kerala’s main pilgrim tourist spots are Padmanabhaswamy Temple (Thiruvananthapuram), Sabarimala Temple, Chettikulangara Temple, Padanilam Parabrahma Temple(Mavelikkara), Guruvayoor Temple, Vadakkumnathan Temple, Malayattoor Church, Sarkara Devi Temple, and Parumala Church.

Kerala’s culture is derived from both a Tamil-heritage region known as Tamilakam and southern coastal Karnataka. Later, Kerala’s culture was elaborated upon through centuries of contact with neighboring and overseas cultures. Native performing arts include koodiyattam (a 2000-year-old Sanskrit theatre tradition- officially recognised by UNESCO as a Masterpiece of the Oral and Intangible Heritage of Humanity,kathakali—from Katha (“story”) and kali (“performance”)—and its offshoot Kerala national, Kaliyattam -(North Malabar special), koothu (akin to stand-up comedy),mohiniyattam (“dance of the enchantress”), Theyyam, Fethullah NS pada yang. Mohiniattam and Kathakali are widely recognized Indian Classical Dance traditions from Kerala.