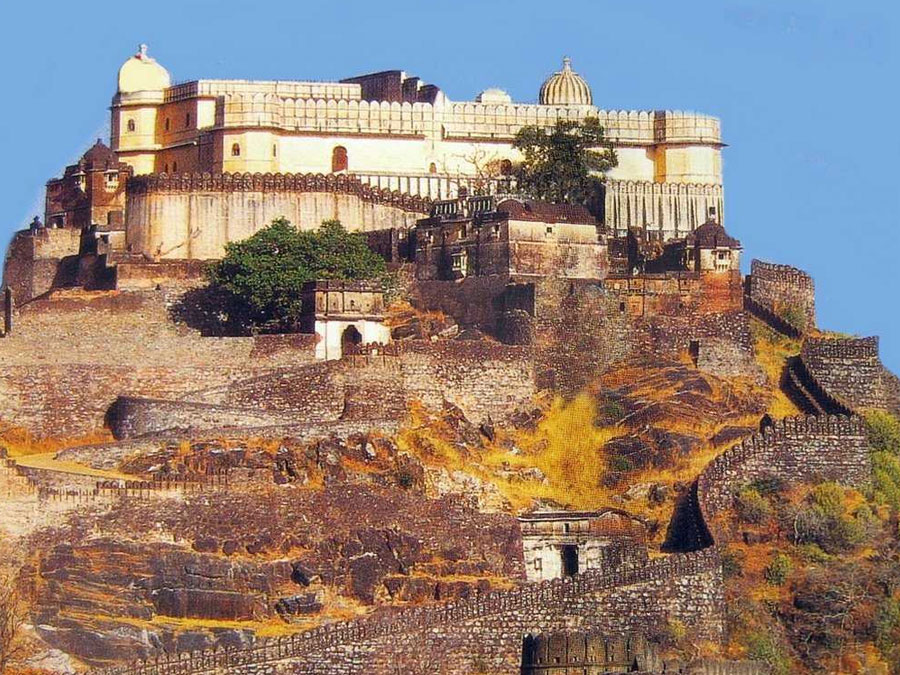 Kumbhalgarh is a Mewar fort in Rajsamand district of Rajasthan state in western India. Built during the 15th century by Rana Kumbha and flourished through the 19th century. Kumbhalgarh is the birthplace of Maharana Pratap- the great king and warrior of Mewar. The fort was occupied until the late 19th century, is now open to the general public as a museum and is brilliantly lit for a few minutes each evening. Kumbhalgarh is situated 82 km from Udaipur towards its northwest and is easily accessible by road. After Chittorgarh, it is the most important fort in Mewar.

Kumbhalgarh was ruled and built by Kumbha and his ancestry who were Sisodia descendants. Kumbhalgarh was developed in its present form, and is said to have been personally designed by Rana Kumbha. The Mewar kingdom of Rana Kumbha extended from Ranthambore to Gwalior and included large tracts of Madhya Pradesh as well as Rajasthan. Of the 84 forts under his dominion, Rana Kumbha has designed 32 of them, of which Kumbhalgarh is the largest and widest.

Kumbhalgarh also separated Mewar and Marwar from each other and was used as a refuge for the rulers of Mewar in times of danger. A notable example was the case of Prince Udai, the infant king of Mewar, who was sieging Chittor in 1535. Rajkumar Udai who later succeeded to the throne was also the founder of the city of Udaipur. The fort remained impregnable to direct assault, and fell only once, due to a shortage of drinking water, to the combined forces of Mughal Emperor Akbar, Raja Man Singh of Amber, Raja Udai Singh of Marwar, and the Sultan of Gujarat.